In 2014, Stephanie Potier, a teacher at West Hills School in West Bloomfield Michigan, shared with Voyageur Heritage the experiences of her classroom which observed the second annual French Canadian Heritage Week in Michigan. Again this year she has led her class in learning about our French-Canadian history and culture and shares with us a report of their activities. Thanks to Mrs. Potier and all the teacher who help the youngest generation learn about our storied past. —ed. 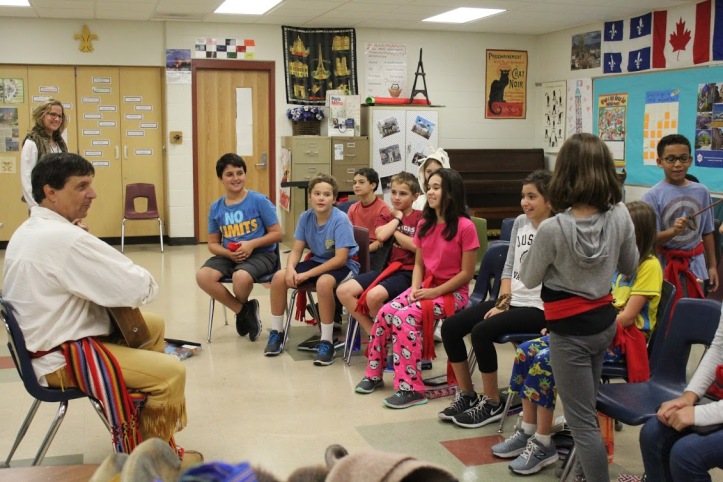 French-Canadian Heritage Celebrations were happening all over Michigan recently and our Voyageur French learning community, grades 6-8, at West Hills were more than happy to contribute to the festivities. On Tuesday, we donned our voyageur ceintures (sashes) and made “Crêpes” with crème fouettée (whipped cream), des fruits, du sucre poudré (powdered sugar), et un peu du sirop au chocolat, pas trop (just the right amount of chocolate syrup). Then, we took our annual voyageurs pictures by the forest.

On Thursday, we were very fortunate to have our talented local voyageur friend Monsieur Genot Picor join us in our festivities to share stories and legends, interesting historical facts and artifacts, as well as sing and play songs, dress like an “hivernant” (winter voyageur) and lead us in some fun traditional dances. We experienced the French Canadian “Joie de vivre” at its best. Merci beaucoup Monsieur Picor! On s’est bien amusé et on a beaucoup appris! (We had fun and learned lots!) 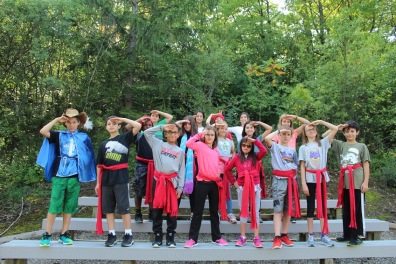 The “Voyageurs” were French fur traders who were sent by wealthy merchants in France to North America to trade furs with the Native Americans. Samuel De Champlain, famous French explorer, was very determined to have a French settlement in New France (North America). He and the Voyageurs experience many trials and tribulations but persevered. They made alliances with Native American people and were able to supply them with many goods in exchange for valuable furs which were sent back to France. Beaver hats were especially in fashion at the time in France and beaver pelts from New France were a great commodity. 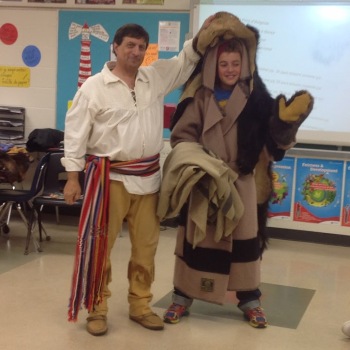 Voyageurs were licensed “engagés” who went wherever they were obliged to go in search of furs. They transported their furs by canoe and as they were paddling and portaging the lakes and rivers they spent their time singing, storytelling, carving and making music. They also enjoyed “la danse folklorique.” It is the voyageurs along with “les coureurs du bois”(unlicensed fur traders), les bûcherons (lumberjacks), les autochtones (native people) Métis, les Jésuites and explorers Etienne Brûlé, René-Robert Cavalier, Sieur de La Salle, Louis Joliet and Père Jacques Marquette who mapped and explored Michigan long before we were born. I think it’s a wonderful experience for our students at West Hills to be able to celebrate the achievements of these amazing first settlers! ~   Madame Potier – French Teacher, West Hills 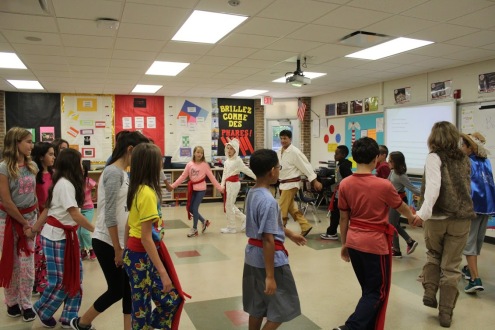 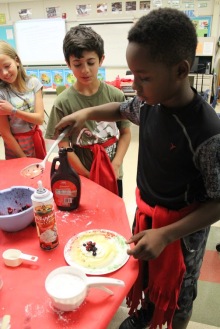 Photos courtesy of Stephanie Potier and used with permission of West Hills School.